Our very own Thelma and Louise... 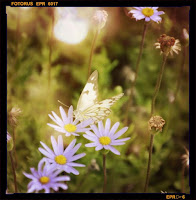 We all know the movie. We have laughed, cried, shrieked and identified with this iconic movie about two woman who became best friends and their search for freedom from their mundane, messed up lives.


My mom and her best friend Thelma* was not quite so messed up, but they were always up to something when they were together. On their own, they are quite proper, respectable and age appropriate, but together, they were formidable poster girls for "life begins at 60".

Together they were not afraid to tackle any adventure by themselves, took on impossible and mostly ungrateful tasks, and  served as the local mother Theresa's, giving unselfish service to the community, at any cost.

These two best friends were soon dubbed by the family as Thelma and Louise. Mostly because they were joined by the hip.

When they went away on holiday with their families, they would always bring a gift back, to show that they thought of each other. When someone else was in need, they teamed up to supply a cooked meal, a willing listening ear, a bunch of flowers, or a visit in the hospital (whether they knew the person or not). Whatever it took, is what they would do.

They had an unconditional love for their fellowman. So unselfish. So different from how people are today. Completely unaware of the dangers, or looming con artists and opportunists taking advantage of them - which happened often. Everybody deserves a chance in their eyes. (This is incidentally where my mother and I have never seen eye to eye.)

My mom is directionally challenged, but if Thelma wanted to go visit someone in another town, they would take a road trip (with snacks of course, you never know how long this trip can take - with or without a GPS...)

I liked how they supplemented each other, and admired that they took risks and had fun at their age. Something neither of them would have done on their own.

A year or two ago Thelma got very sick. Of course my mom was there every step of the way, hoping optimistically until the very end that things will take a turn for the better. Unfortunately she never recovered of her illness and sadly died. At her funeral, my dad read a passage out of the Bible that could not describe them better. It was Proverbs 31 - Who can find a virtuous woman?

That may have been the end of Thelma and Louise, but there sure is a lesson to be learnt for friendship here.

Maybe my cynicism and realistic outlook on life needs a little softening by their naivety and unselfish sacrifices. Maybe you don't need reasons, rational  or reward for your actions. The satisfaction of knowing that today you did what you could for everybody around you, regardless, was enough for them.

Either way, I'll raise a glass to our very own Thelma and Louise, and their friendship that transcends time or space. A love that never dies and a legacy that everybody whose lives they touched will remember.